You (hopefully) already know that you should avoid saying things to your kids like, “You’re so stupid,” “You’re so fat,” or “You should be more like your brother or sister.”

You may have also heard the advice to avoid giving empty praise such as, “Good job!” and “You’re so smart!”

In today’s episode, I share three things to avoid saying to your kids that are much less obvious, though moms say them all the time.

When you can learn to stop saying these three things, you’ll feel so much better about how you show up as a mom and your kids will feel better, too. 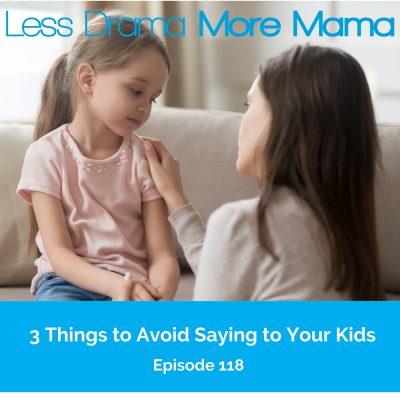 FEATURED IN THIS EPISODE: